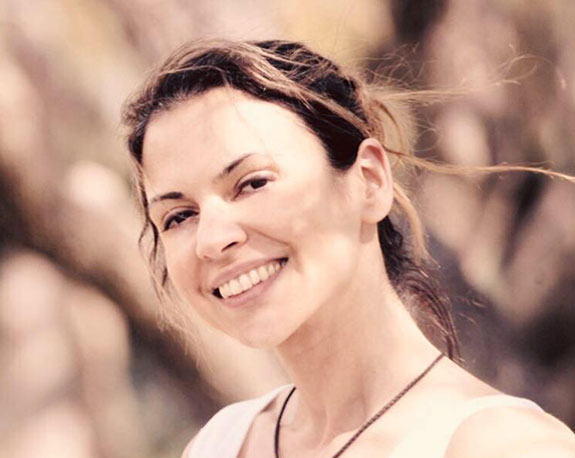 I graduated from the Economic University of Pireaus and obtained an MBA diploma from Leicester University of London. I worked for more than a decade in the corporate environment as a financial expert. Yoga came to my life in 2005, when I was looking for a safe practice to improve my posture that was negatively affected by the long hours of sitting at the office. In 2010 I take the 200 hr Training by YogaWorks and do deeper in the practice.

Two years later, I travel to India and complete a second 200 hr Training in Raja Yoga at Shanthi Yoga School of India. Since then I’ve followed and still follow many teachers from Greece and abroad. Furthermore, I am trained with the prenatal yoga system of Birthlight. My practice and teachings are influenced by the flowing style of Ashtanga Vinyasa, the alignment principles of YogaWorks and the spiritual aspect of Raja Yoga.

My mission is to encourage everybody to practice yoga. I strongly believe that this practice has numerous benefits that can transform the practitioner’s life and bring internal bliss. I split my time between my role as a mother, wife and dedicated practitioner.